“the H-1B program is a scheme to reduce wages and increase profits, which has been cleverly remarketed as a paean to multiculturalism and a win-win for American consumers and American inclusivity.”*

The Dark Side of the H-1B Program

Wage reduction occurs due to economic law of supply and demand, as explained in this Khan Academy Changes in labor supply video. 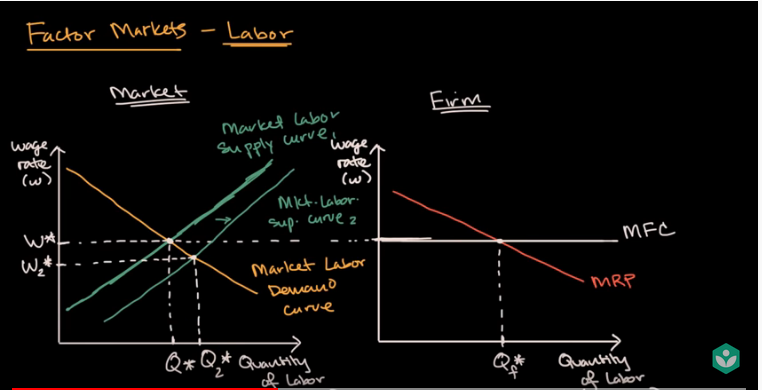 The STEM Crisis Is a Myth explains why high levels of H-1B reduces the number of STEM jobs available to Americans:

“Now, if you apply the Commerce Department’s definition of STEM to the NSF’s annual count of science and engineering bachelor’s degrees, that means about 252 000 STEM graduates emerged in 2009. So even if all the STEM openings were entry-level positions and even if only new STEM bachelor’s holders could compete for them, that still leaves 70 000 graduates unable to get a job in their chosen field.”

“Of course, the pool of U.S. STEM workers is much bigger than that: It includes new STEM master’s and Ph.D. graduates (in 2009, around 80 000 and 25 000, respectively), STEM associate degree graduates (about 40 000), H-1B visa holders (more than 50 000), other immigrants and visa holders with STEM degrees, technical certificate holders, and non-STEM degree recipients looking to find STEM-related work. And then there’s the vast number of STEM degree holders who graduated in previous years or decades.”

*This is *NOT* intended as an attack on the positive aspects of immigration, multiculturalism, nor American inclusivity. It is meant to show how these ideals have been subverted solely to suppress Americans’ wages for the benefit of corporations, shareholders, and corporate executive officers.